The Grammys, one of the most iconic, distinguishable, and talked-about award shows of all time, has remained the testament of music high-snobbery for well over 50 years, however, it’s time to have an honest discussion about the award show’s obsession with snubbing Black artists.

The slighting of Black musicians has bordered on atrocities for the past two decades. To name a few, Macklemore’s 2012 Grammy win for “Best Rap Album,” over Kendrick Lamar’s album “Good Kid Mad City.” The truth is that overlooking Black musicians has become a tradition for the Grammys, and it is time the award show provides transparency into its voting process.

From a logical standpoint, this lack of reciprocity is confusing to say the least. Black artists dominate the charts in critical reviews, commercial success, and sound influence. Black artists, in statistical analysis, have held one of the most dominant positions in music for the past two years. According to Nielsen Music, the industry-standard information and sales tracking sector, in 2020, hip-hop was ranked as the most popular genre, which is a predominately Black genre.

Statistical success, more often than not, means award success. However, for Black artists at the Grammys, this has not been the case.

The 2015 Grammys for instance, Beck’s album “Morning Phase,” won “Album of The Year” over Beyonce’s self-titled album in what many consider to be one of the biggest upsets of all-time. And from a rational perspective, there is absolutely no reason why it should have occurred.

Beck’s album ranked significantly lower than Beyonce’s in “Album of The Year” rankings, it received lower scores in Metacritic rankings, and from a commercial standpoint, Beck hasn’t been a factor since Ray Charles’s last album was released, but somehow he took home the Grammy’s most prestigious award.

Black artists have defined the culture of music for the better half of two decades and the impact is evident. Hip-hop elements have found their way into several musical genres to create genre-hybrids such as Trap-Korean or Trap-Country, Black influence on music deserves recognition beyond that of “Rap Album of The Year.” To constantly overlook Black artists in this regard is nothing short of insulting.

The last Black artist to win “Album Of The Year,” was Herbie Hancock in 2007 with his released album, “River: The Joni Letters.”Pigeonholing Black artists into their most dominated categories is disrespectful. Not only is this mishandling disrespectful to Black artists, but to the entire culture of music.  As of late, the biggest headlines are no longer about who wins but who doesn’t win, which more often than not revolves around Black artists. The good news however, these continued slights over the years have forced musicians to begin demanding transparency from the Grammys voting process. A notable example being singer, The Weeknd, who was snubbed from the upcoming 2021 Grammy awards.

The Weeknd, in a Twitter post, says, “The Grammys remain corrupt. You owe me, my fans, and the industry transparency.”

The Grammys remain corrupt. You owe me, my fans and the industry transparency…

The Canadian singer is not the only one demanding transparency, as fellow singer, Halsey, took to Instagram days before the 2021 Grammy nominations were announced to vent her frustrations with the Grammy’s lack of transparency.  Halsey, in a lengthy post, wrote:

“The Grammys are an elusive process, It can often be about behind the scenes private performances, knowing the right people, campaigning through the grapevine, with the right handshakes and ‘bribes’ that can be just ambiguous enough to pass as ‘not-bribes’.” She continued, “ And if you get that far, it’s about committing to exclusive TV performances and making sure you help the Academy make their millions in advertising on the night of the show.”

For those unfamiliar with the Grammys voting process, a description was given by Independent UK. According to the magazine, “The Recording Academy’s voting membership is comprised solely of music creators, including artists, engineers, producers and songwriters. Voting Members are automatically qualified to vote online during each of the two balloting periods.”

The article continues, “Voters are instructed to only vote in the categories where they are most knowledgeable and qualified. The online system lets the person voting know which of the 15 eligible categories they have used as they move through the application, and will automatically block them from placing votes in too many categories.”

So how can the Grammys show transparency?

The Grammys need to show transparency by allowing us, the viewers, to know who is voting for each category. As mentioned before, award winners are allegedly chosen by their musical peers. However, The Grammy’s Recording Academy hasn’t yet showcased exactly who these creators are. Their refusal to list names, genders, age, race, or ethnicity provides ambiguity as to who is voting for these awards. 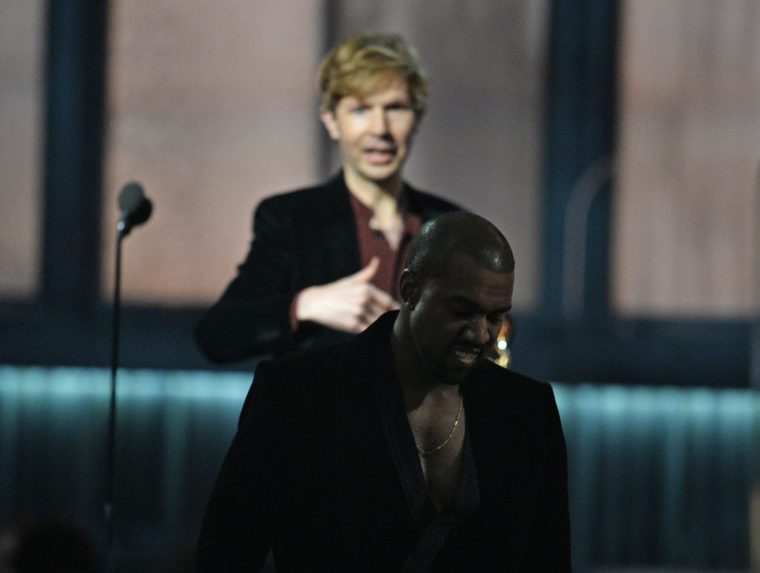 However, this transparency may come sooner rather than later, as the Grammys are taking the correct steps to provide a detailed analysis of who’s voting.  According to a report published by The Academy, the Grammy selection process is undergoing a review by a task force created to balance their voting system’s diversity in age, gender, and ethnicity.

According to the published document on Grammy.com, evidence supports that these slights of Black artists were not random. As African American executives were purposely only seen in fields specific to rap and hip-hop, which limited voting representation for broader, more cross cultural categories such as, “Album Of The Year.” With the arrival of the task force, they are addressing this error and looking to make the needed changes.

The article states, “the Task Force heard consistent testimony from music industry professionals concerning the marginalization of certain ethnicities into specific roles or music genres, such as Asian-American artists being pressured into K-Pop and African-American executives only being present in the rap and hip-hop fields. The music industry needs to have a more expansive view on what constitutes diversity within the industry—it is not sufficient that certain racial or ethnic backgrounds are well represented in particular genres.”

This task-force may be a tad late, as it’s becoming more common for Black artists to reject attending or performing at the Grammys.

One example is Drake, who in 2017 began his current crusade against the Grammys, refusing to submit his work for the award show’s consideration.  Drake wrote in an Instagram post: “This is a great time for somebody to start something new that we can build up over time and pass on to the generations to come.”

Drake has been the only Black artist refusing to submit his work to the Grammys; however, artists such as Childish Gambino, Kendrick Lamar, and Frank Ocean have begun declining to attend or perform at the award show as of late due to their lack of award success. 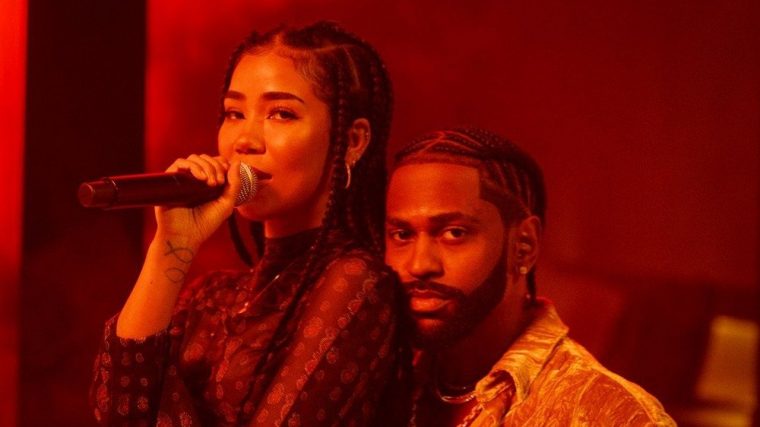 In the upcoming 2021 Grammys, set to air March 14th, nominations for “Album of The Year.” include two Black artists. The psychedelic-soul duo Black Pumas, and the alternative R&B songstress Jhene Aiko. With the long-standing tradition of snubbing Black artists, far too often, the Grammys have made Black artists feel like the most copied, yet most disrespected group in the room. 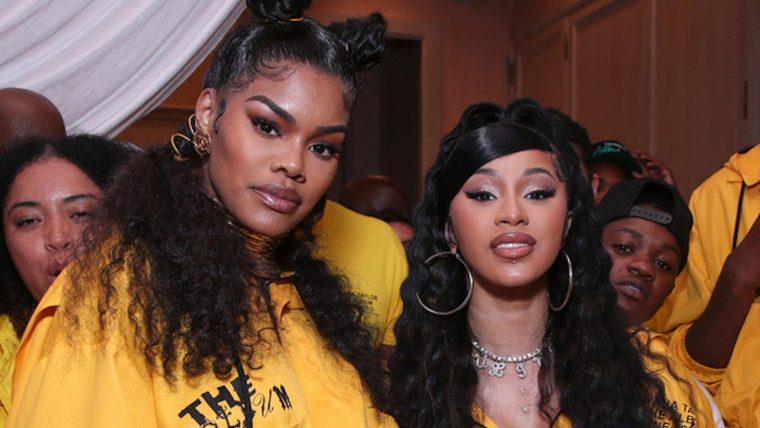 On March 14th, we can only wait and see if the Grammys will continue this 14-year blatant disrespect of Black artistry, or end the longest award drought for Black artists since the award show’s creation. Only time will tell.

Board of Health declares racism a public health crisis

The New York City Board of Health passed a resolution declaring racism a public health crisis (Oct. 2021).   By Shayler Richmond   “To build a healthier New York City, we must confront racism as…
LifestyleSocial IssuesUnpacking America

Black American culture has been heavily influenced by Christianity, but in this era of consciousness, many Black Americans are becoming more spiritual and distancing themselves from the long-established parameters set by some religions (2021).  …

Keep up with our latest posts!

All we need is your email to keep you engaged with enriching content. For more, contact us by email.